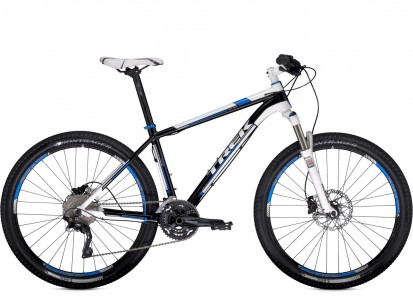 Having looked at replacement parts in Part 2, the other side of the conundrum is a new bike. Taking the equivalent budget from the parts I would need, and then using the Cycletowork scheme to gross it up, I would have a healthy budget of £1,000 for a new bike. So what’s out there?

Things have moved on enormously since I bought my bike in 1999 – new materials, different wheel sizes, disc brakes, improved suspension and frame geometry. That’s a lot to get my head around, so I sat and thought about what I like in my bike and riding style, and then sought advice.

So in terms of what I like about my bike, the key thing is its responsiveness. It has a real sense of acceleration and feeds back the more you dig in. A large part of that is down to the steel frame, which I have previously eulogized about, but that’s out of budget for a new bike, so I need to see what else gives that. It also has very quick steering, but a sense of stability at speed.

Like most people, I asked advice of some bike shops. I start with Halfords, because it was convenient and their offering on bikes has greatly improved in recent years. They directed me to some Boardmans, all of which happened to have 26″ wheels, although they suggested I should probably wait till their new range came out, which had bigger wheels. I have had no experience of larger wheels and couldn’t see the point instinctively – especially as I’m 5′ 5″, although the cheerful assistant was only 1″ taller than me and assured me it wasn’t an issue. So I asked him to clarify what was better about 29″, and he said “can’t really say, but I wasn’t as knackered – definitely better”. Not exactly a great explanation!

So I then went to a dedicated bike shop – CycleZone in Crowthorne. Here I received great service, and first discussed what I liked about my bike. This led to a recommendation that I should look at a hardtail (due to budget) with 26″ wheels, due to my riding style and where I normally ride. 29″ were great at smoothing out bumps and maintaining momentum, but they aren’t quite as responsive and take a bit more to get going. They are better suited to overall speed, rather than my favoured stop/start riding. That was a much better explanation and I was duly recommended the Trek Elite 8.5.

The Elite 8.5 is made from Trek’s top grade of aluminium, with a Rocksox Recon Solo air 100mm fork, Shimano Deore groupset, with an XT Rear mech and Trek’s own brand Bontrager for the rest of the gear. It’s a great looking bike and after looking around, has one of the best specifications for its price. Trek have clearly put lots of thought into the overall package with great attention to detail – even the cable ends colour match the highlights on the frame. Trek have always had a great reputation, and this bike continues that fine tradition.

Now I didn’t get to ride the bike offroad, which is a problem when trying bikes, but it was light and lively. It still had that “dead” feel that I dislike from aluminium frames, but was very responsive in terms of steering and direct connection through the pedals. I’m still a dinosaur when it comes to setup and I’m still not convinced by riser bars – I know they come on everything nowadays, but I do like my stretched out position on my current bike. I’m not a manic downhiller (or even close), and I like uphills as well as singletrack. The Trek to be honest is the best I’ve ridden in recent years though for my riding style.

So that’s my choice – the upgrades, or the Trek 8.5. Next is the decision!